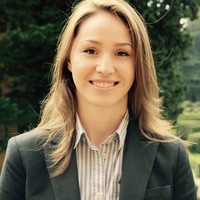 Viorica Vita is a LLM researcher at European University Institute where she is conducting research on Fundamental Rights in the framework of European Structural and Investment Funds. She is an alumna of College of Europe, Marie-Curie Promotion (2011-2012) where she obtained a MA in European Interdisciplinary Studies with the specialization in the European single market law. She holds a bachelor degree in law from the University of Bucharest (2011). In 2012 she worked as stagiaire at the European Agency for Fundamental Rights where she conducted research on the Member States developments in the field of fundamental rights. In 2013, she defended her bar exam and is currently a member of the Bucharest Bar. She participated in advanced training sessions of the International Institute of Human Rights, Strasbourg (2012) and University of Bologna (2014). She is author of several publications in Romanian and Italian legal journals in the fields of human rights law, EU law, EU fundamental rights law and constitutional law