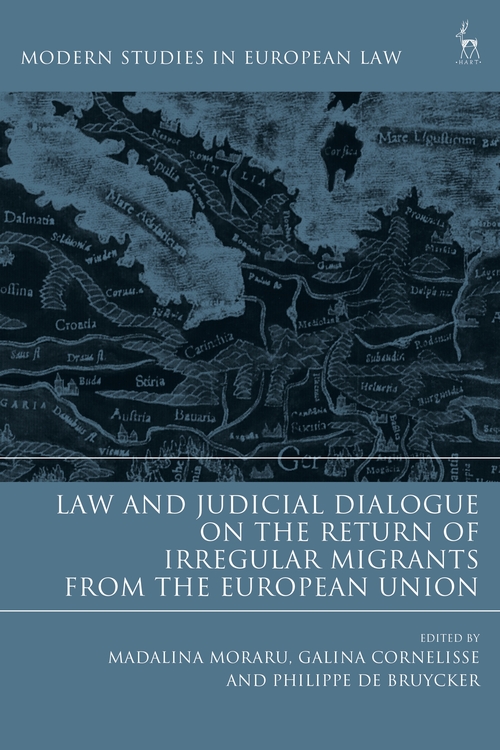 The book launch event gathered editors, authors, scholars, judges and policy-makers in a discussion on some of the key findings of the book Law and Judicial Dialogue on the Return of Irregular Migrants from the European Union that show that European and domestic courts have played a crucial role in transforming the Return Directive from a ‘Directive of Shame’ to a positive normative example for legal orders around the globe.

Judicial interactions in particular have been key for this policy transformation by giving the courts tools to act as gatekeepers for human rights protection and effective implementation of the Directive. Within the current context of political rethinking of the EU’s return policies, the standards set by courts through judicial dialogue should inform the ongoing legislative process of recasting the Directive. Authored by leading academics, judges and policymakers, the edited book addresses the interaction and dialogue between domestic judiciaries and European courts in the implementation of the Return Directive.

The book offers answers on important questions regarding the regulation of irregular migration in Europe, such as: what constitutes inadequate implementation of the Directive and under which conditions can judicial dialogue solve it? How can judges ensure that the right balance is struck between effective return procedures and fundamental rights? Why do we see different patterns of judicial dialogue in the Member States when it comes to particular questions of return policy, for example regarding the use of detention?

The book is available in e-format in the EUI library, and sample chapters are available online.