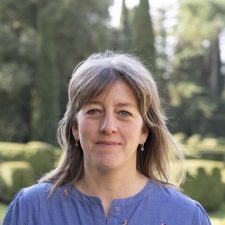 Federica Casarosa is Part-time Professor at the Centre for Judicial Cooperation at the European University Institute, Department of Law. She graduated in Private Comparative Law at the University of Pisa and obtained a Master of Research in Law from the European University Institute (2003).  In 2008, she successfully defended her PhD thesis on the role of information in online contracting, in particular analysing the protection provided to consumers in the pre-contractual phase. She has worked as a consultant for FAO and as a Jean Monnet Fellow at the Robert Schuman Centre for Advanced Studies. Her works appeared on several Italian and international journals, such as the European Review of  Private Law, the Journal of Internet Law, and Diritto dell’Informazione e dell’Informatica.