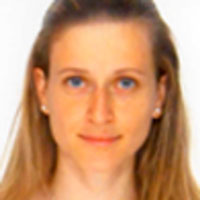 Since 16th April 2014, I have been working as Postdoctoral Research Fellow in European Union Law in the Law Department of the University of Parma (Italy). I hold a Ph.D. EU Law from the European University Institute of Florence (2013). In 2011, I worked as stagiaire in the cabinet of Advocate General Cruz Villalon at the European Court of Justice. After my graduation thesis (University of Florence, 2011), I collaborated for several years as assistant to ad personam Jean Monnet chairs. Since 2016, I hold a course on the protection of rights conferred on individuals by EU law in the University of Parma. I am the Project Manager of CharterClick!, a 2-year project on the EU Charter of fundamental rights co-funded by the DG Justice of the European Commission.