Senior researcher on the FRAME project based at the EIUC 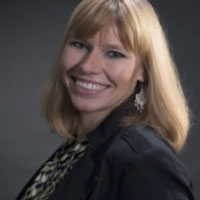 Karolina Podstawa is senior researcher on the FRAME project based at the EIUC in Venice. She holds a PhD from the European University Institute and MAs in Law and Administration (2008), English Language and Literature (2009) from the University of Łódź, Poland as well as the EUI (2009). She acted as a project manager for the EUI based Centre for Judicial Cooperation where she dealt with and contributed substantively both to internally and externally funded projects. Within this framework she organized and conducted quasi-training activities for judges collaborating widely with international judicial organizations and national judicial entities.

Previously, as an in-house lawyer she dealt with liberalization of the Polish telecommunications market and more recently she served in the Office of Personal Data Protection Authority in Poland (GIODO).