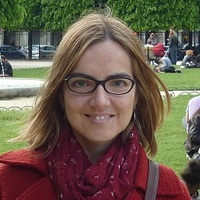 Aida Torres Pérez is Professor of Constitutional Law at Pompeu Fabra University (Barcelona) since 2006. She graduated in Law at Pompeu Fabra (1999), where she pursued doctoral studies (DEA 2003). She studied a Master of Laws at the Yale Law School (LL.M. 2002), where she also wrote her thesis and obtained her doctoral degree (JSD 2006). She has developed post-doctoral research at the European University Institute (Florence 2009), at the University of Trento (2011), and at the University of Maastricht (2012). She is member of a team holding a framework contract with the European Parliament for the provision of external advice to the Committee on Civil Liberties, Justice and Home Affairs in the field of fundamental rights, citizenship and combating discrimination (2009-2014). Her main fields of research are European constitutionalism, the multilevel system of rights protection in Europe, judicial dialogue, fundamental rights’ interpretation, judicial independence of international courts. She published Conflicts of Rights in the European Union. A Theory of Supranational Adjudication, Oxford University Press, Oxford, 2009, as well as several articles on these topics. She has given conferences, seminars, and courses in Europe and Latin-America.